1. Demonstrate an understanding of heredity and genetic variation.

Cell division is the process by which the parent cell reproduces two daughter cells, and both share the same DNA just as the parent. There are three main function that composes cell division: Mitosis is a type of cell division in which the parent cell divides into two genetically identical daughter cells. Within the process, there are six phases which make the process happen although these are four principle stages of the process: prophase, metaphase, anaphase and telophase.

Interphase is divided into three: G1 where most of proteins synthesis happen and the cell duplicates its size. S phase is the DNA synthesis phase, where cell’s chromosomes are duplicated in preparation of cell division. G2 is the gap between the completion of DNA synthesis and the decision to divide.

The prophase process occurs when the centrioles move to opposite sides of the cell. Therefore, in the nucleus chromosomes begin to show resulting in the nuclear membrane to start decomposing. At this stage, the mitotic spindle which is known as the microtubule-based bipolar structure begins to form. The function of the mitotic spindle is to organise the chromosomes, and its movement during the process of mitosis. In addition to this, in between the centrosomes the spindle grows accordingly to the movement of the chromosomes and this results in the centrioles located in the centrosome to move continuously towards the opposite ends of the cell. Further, the nuclear membrane disappears for the nucleus to develop by decomposing to release the chromosomes.

The metaphase process consists of the microtubules binding themselves to chromosomes at the kinetochore where proteins are encountered at centromere of each chromatid. At this point, all the chromosomes align themselves at the centre of the cell between two centrosomes, to ensure reasonable distribution is carried out at the end of mitosis.

Anaphase consists in the separation of chromatids which are pushed in opposite ends of the cell; where cohesion is broken allowing the separation to proceed.

Telophase this process consists of chromosomes start to spread out into a coil of chromatin and the nuclear envelopes reform each cluster of chromosomes and nucleolus reappears in each daughter when mitotic spindle is broken apart.

Cytokinesis is the division of cytoplasm to form two new cells, overlapping with the final stages of mitosis which may start in either anaphase or telophase. (pearl, 2018, p. unit 8)

Meiosis happens when the reproductive cells are being formed. Gametes such as ova, sperm, and pollen begin as germ cells, which, like other types of cells, have two copies of each gene in their nuclei, during this process, the number of chromosomes is halved throughout the separation of similar chromosomes in a diploid cell. Meiosis is divided by two: Meiosis1 and Meiosis2. After these processes, the diploid cell splits into four haploid cells; these processes are similar to mitosis, however the stages are doubled. (Cooper, 2019) 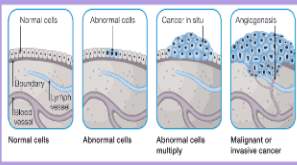 Uncontrolled cell growth in multicellular organisms has serious consequences such cancer, which is a disorder where the body cells lose the ability to control growth. Cancer cells do not react to any signals that regulates cell growth.

Cancer cells affects the body, while spreading they absorb nutrients needed for other cells and they block nerve connections, preventing the organ which stops them from function adequately. As the damage keep spreading the delicate balances in the body are neutralised which results life threatening sickness or even death. (pearl, 2018, p. unit 8)

2. Demonstrate your understanding of heredity and genetic variation

2.1 The impact of one geneticist on our understanding of genetics

Genetics is the study of heredity traits which is transferable from parents to offspring. A gene is the basic physical and functional unit of heredity. Genes are made up of DNA; some genes act as instructions to make proteins. However, many genes do not code for proteins. (Bagley, 2013)

In the 19th century, people believed that traits, were passed from parent to the offspring as part of characteristics of each parent. Heredity was misunderstood in general. However, in the 20th century scientists began to understand that combining  the ideas of genetics and natural selection could lead to bigger strides in the variety of organisms. (PEARL, 2018, p. unit 8)

In 1866, Gregor Mendel published the results of years of experimentation in breeding pea plants. Mendel used the lows of probability to show that when the sex cells are formed, the factors for each trait that an individual inherits from its parents are separated into different sex cells. When the sex cell united at conception the resulting offspring will have two factors for each trait. Moreover, Mendel wanted his pea experiments to demonstrate that variability in offspring is caused by parental influence. (Bagley, 2013)

Mendel’s principle of dominance explained that most traits are not a blend of the father’s traits and those of the mother as was commonly thought. Instead, when an offspring inherits a factor for opposing forms of the same trait, the dominant form of that trait will be apparent in that individual. The factor for the recessive trait, while not apparent, is still part of the individual’s genetic makeup and may be passed to offspring.

A monohybrid cross is a breeding experiment between P generation organisms that differ in a single given trait. The P generation organisms are homozygous or the given trait. However, each parent owns different alleles for that specific trait. A Punnett square might be used to predict the possible genetic results of a monohybrid cross based on probability. This type of genetic analysis can also be performed in a dihybrid cross, a genetic cross between parental generations that differ in two traits. (Bailey, 2019)

Traits are characteristics that are determined by discrete segments of DNA called genes. Individuals typically inherit two alleles for each gene. An allele is an alternate version of a gene that is inherited during sexual reproduction. Male and female gametes, produced by meiosis, have a single allele for each trait. These alleles are randomly united at reproduction. (Bailey, 2019)

A dihybrid cross defines a breeding experiment between two organisms that are identically hybrid for two traits. A hybrid organism is one that is heterozygous, which means that is carries two different alleles at a specific genetic position. Consequently, a dihybrid organism is one that is heterozygous at two different genetic loci. (Scitable Nature Education, 2014) Mendel started the trials by first crossing two homozygous parental organisms that varied with respect to two traits. An organism that is homozygous for a specific trait carries two identical alleles at a genetic locus. Mendel selected to cross a pea plant that was homozygous and dominant for round (RR), yellow (YY) seeds with a pea plant that was homozygous and recessive for wrinkled (rr), green (yy) seeds, represented by the following notation: RRYY x rryy ; The offspring of the RRYY x rryy cross, which is called the F1 generation, were all heterozygous plants with round, yellow seeds and the genotype RrYy. (Scitable Nature Education, 2014)

Sex linkage is the phenotypic expression of an allele that is dependent on the gender of the individual and is directly tied to the sex chromosomes. In mammals the homogametic sex is female (XX) and the heterogametic sex is male (XY), consequently the sex linked genes are carried on the X chromosome. (Wikipedia, the free encyclopedia, n.d.)

Many of non-sex determining X-linked genes are responsible for abnormal conditions such as haemophilia, Duchenne muscular dystrophy, fragile-X syndrome, congenital night blindness and also responsible for a common form of baldness. These diseases are mostly carried on the X chromosome because the majority of genes are on it and both men and women will develop dominant sex-liked diseases. (Bailey, 2019)

2.3 Describe the main sources of variation, including crossing over and gene and chromosome mutations.

Crossing over is vital for the normal segregation of chromosomes during meiosis. Crossing over also accounts for genetic variation, because due to the swapping of genetic material during crossing over, the chromatids held together by the centromere are no longer identical.

A chromosome mutation is a modification that occurs in a chromosome that cannot be predicted. These changes are typically caused by problems that occur during meiosis, or by agents which can cause mutations, such as chemicals, radiation etc. (Understand the Evoluation, n.d.)

Mutation that affect all genes in chromosomes:

Cell division is complex and it has a great impact in the living organisms. Mitosis and meiosis both involve cells dividing to make new cells, which makes them vital processes for the existence of living things that reproduce sexually. Meiosis makes the cells needed for sexual reproduction to occur, and mitosis replicates non-sex cells needed for growth and development.

Nowadays, most expressed traits are influenced by many genes all working on the same objective. Additionally, the environment plays part in the genetic information which supply more variation. Thus, sexual reproductions are the biggest contributor to genetic variation among individuals of a species.

Mutation can vary within a genome and between genomes. Much more work is required before researchers can obtain more precise estimates of the frequencies of different mutations. Mutation is one of the fundamental forces of evolution, such work will continue to be of paramount importance.

In the future, doctors and scientists need to use our genetic information to diagnose, treat, prevent and cure many illnesses. Genes are instructions, which tell the body how to make all the proteins it needs to survive and grow.