The purpose of this experiment was to investigate the role of light in the production of oxygen gas through photosynthesis. The independent variable for this investigation was the time elapsed between recordings of the location of the sodium bicarbonate edge; the dependent variable was the displacement of the sodium bicarbonate edge; and the control for this investigation was the height of the Elodea plant, which was four centimeters for each test tube, and the distance between the light source and the test tubes. Of the four test tubes used in this experiment, three contained Elodea in sodium bicarbonate solution; therefore, only one test tube without Elodea was prepared. The test tubes containing the Elodea were placed under three different conditions–receiving light from a white light bulb, receiving light from a white light bulb while being covered by aluminum foil, and receiving light from a blue light bulb. The distance traveled by the sodium bicarbonate from the initial point in the bent glass tubing was recorded for five, five minute intervals. The results indicated that the white light bulb set up had the highest rate of photosynthesis. However, some of the results obtained, including data which indicated that photosynthesis cannot occur in the presence of blue light, were not as expected, but occurred due to systematic errors in the vacuum seal breaking and the sodium bicarbonate edge moving toward the test tube. This would imply that photosynthesis consumes oxygen instead of produces it. Still, the alternative hypothesis which was light is a necessity in the production of oxygen during photosynthesis was supported.

In order for an entity to be considered alive it must meet five requirements–be able to metabolize, be composed of cells, process genetic information, work towards reaching the ultimate goal of self-replication, and continuously evolve (Freeman, 2). Focusing on energy metabolization raises the question, how do organisms that are alive, then, acquire energy? There must be a mechanism engineered by evolution to convert light energy into the chemical energy required by all organisms to survive. For living organisms, the primary process for initially acquiring energy and converting it to a useable form is known as photosynthesis which can be summarized as follows:

where “plants harvest the kinetic energy in sunlight and store it in the bonds of carbohydrates” (Freeman, 80). Since only plants are able to photosynthesize, they are known as autotrophs that produce the energy that is cycled through the rest of the biosphere.

The independent variable for this investigation was the time elapsed between recordings of the location of the water edge. The dependent variable was the displacement of the water edge. The control for this investigation was the height of the Elodea plant, which was four centimeters for each test tube, and the distance between the light source and the test tubes.

Four centimeters of Elodea were cut toward their stems, placed into two test tubes, and covered with saturated sodium bicarbonate solution. To test whether plants only photosynthesized in the presence of light, one of the test tubes were covered with aluminum. The third test tube was filled with only sodium bicarbonate solution; thus, it acted as a negative control. In order to ensure that no external oxygen would enter the test tube, bent glass tubing was inserted through a rubber stopper and covered with parafilm; thus, the apparatus was vacuum sealed. Some excess solution was displaced and visible in the bent tube when the stopper capped the test tube. This step was taken in order to measure the outward displacement of the oxygen that would indicate that photosynthesis had, indeed, occurred.

Table 1: The table above displays the displacement of the sodium bicarbonate for each five minute interval. 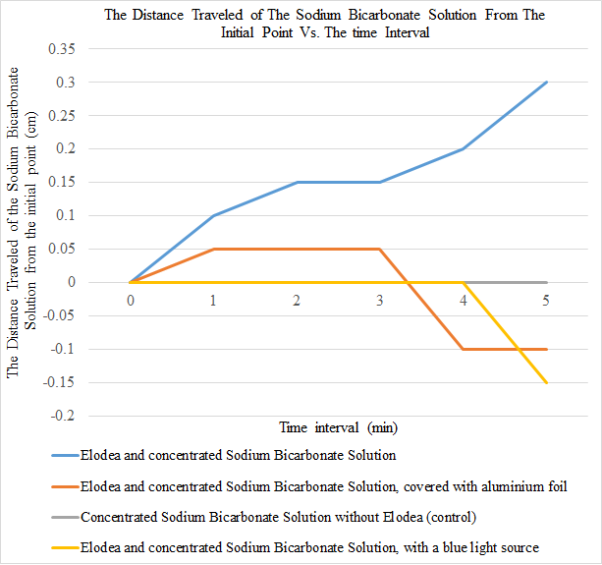 Figure 1: This figure displays the rate of photosynthesis under varying conditions for four different test tubes.

The data collected indicated that the test tube that contained Elodea and concentrated sodium bicarbonate solution placed under white light, which encompasses the entire visible light spectra, had the greatest displacement of the solution from the initial point. During the first five minute interval, the sodium bicarbonate solution displaced 0.10 cm from the initial point, 0.15 cm after 10 minutes, 0.15 cm after 15 minutes, 0.20 after 20 minutes, and 0.30 cm after 25 minutes. The test tube that did not contain Elodea indicated no change in sodium bicarbonate location in the 25 minute duration of the experiment. The third test tube placed under white light containing both elodea and concentrated sodium bicarbonate while being covered with aluminum foil showed a displacement of 0.05 cm during each of the first three five minute intervals. However, the displacement decreased to -0.10 cm during the fourth time interval interval, 20 minutes after the experiment began, and remained constantly at this value for the rest of the experiment. When the Elodea plant’s ability to photosynthesize in the presence of blue light (~500 nm) was tested in a test tube containing concentrated sodium bicarbonate, there was no evidence of displacement for 20 minutes (citation). After 20 minutes elapsed, however, the solution indicated that it had been displaced 0.15 cm in the negative direction.