Presentation of analysis and discussion

Evaluation of the effect of particular fertiliser on bell peppers fruits and plants size between treated or non-treated bell peppers plants.

Three Dataset were provided by Harper Adams University (HAU) (The data is available on the learning hub portal of HAU site https://hub.harper- adams.ac.uk/ moodle/course/view.php?id= 4030) during the experimental design and analysis module (November 2016). From three dataset we investigated the effect of specific fertilizer on plant and fruit size of bell peppers (treated or non-treated)in the green house.

To test the hypothesis that: plant and fruit size in treated bell peppers are to be higher than in non-treated, Ancova was conducted to determine a statistically significant difference between the size of plants and fruit of bell peppers (treated or non-treated) in the glasshouse.

The result showed that there were no significant interaction between plant size and treatments (P: 0.49), although in Fig.1, the treated plants were larger than non-treated plants (t=5.502, d.f=56, P<0.001), size of plants growth considerably same as fruit size for both treatments, (t=9.498, d.f=56, P=0.09) therefore suggests that a positive relationship exists.

Treated and non- treated bell peppers in glasshouse were not different enough to reject the hypothesis thus adding a particular fertiliser or not, it doesn’t substantial effects on bell pepper yield.

However, environment condition such as temperature, humid, and details of specific fertiliserand time of light were excluded from analysis and hence can effect on our statistic result. Also disease and pest can may efficacy on plants for taking nutrients from soil for growing so these factors must be considered for further research. 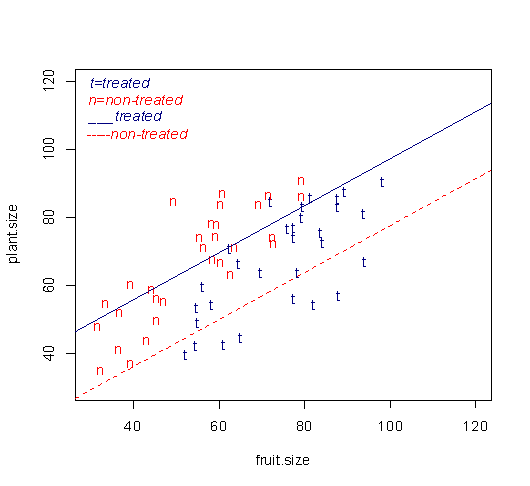 Fig 1. The relationship between Fruit size and plant size of bell peppers in the glasshouse.

Location (place of Carrying of the experiment)

This experiment would be provided by Harper Adams University in Experimental design and analysis module, from September till November of 2017 to investigate the comparative effect of four manures including chicken, sheep, pig and mix manure on the growth Performance of tomato (Lycopersicon esculentum Mill) plants and fruits weight in the greenhouse

H0: this research is to test that all fertilisers would have the same effect on fruit and plants growth.

We would prefer to use Tomato for our research. Tomato is a significant vegetable which is grown in worldwide. It provides vitamins, minerals and it can increase the income of the tomato producer because of its high demands for cooking and other productions (Ojeniyi et al., 2005).

Preparation of the land

The experiment will be organized on a Randomised Complete Block Design (R C B D). This design would be use to control variation in an experiment by accounting for spatial effects in field or greenhouse. In this Design, each block will have different treatments but not the same treatment also the number of blocks is the number of replications.

In this experiment there will be four treatment, and the treatments will be replicated four times (four block). The total land area would be1 approximately 8000m². Eighteen beds with the size of 2.5 x 2.5meters will be used .The gap between each planted crop is 1m as well as between the blocks. Each bed will carry four transplantation plants (Figure 1).

Tomato (Lycopersicon esculentum Mill) is broadly used in the agricultural production hence, sustainable energy forms and decreasing the costs of fertiliser has led to use organic manures (Odedina et al., 2011). The high amount of organic wastes such as pig and poultry manures which contain nutrients can be the efficient source for vegetables (Adediran et al., 2003) therefor the treatments for this research are:

We will obtain four measurements including Tomato length (mm), leaf number, stem diameter (cm) and plant height (cm). These measurements will be collected and collated into a data file.

The analysis of soil has been deposited before planting, and manure was also taken for chemical and physical applications. All treatments at the rate of approximately 60 ml/m² will apply on the soil during the bed preparation for each row of tomato transplants. During their growth, the tomato plants will be kept in a constant temperature. Weeding would be done for all the plants and also irrigation will be apply to all tomatoes in the greenhouse every day.

During the growth of plants, two plants per bed will randomly be selected for growth determination. The number of leaves, plants height and stem diameter, will be evaluated. Also during harvesting, the weight of fruits per two selected plants will be determined and accumulated.

The data collected in the experiment will statistically analysis with R version 3.3.2 (R Development Core Team). Analysis of variance (ANOVA) would be done on every measured parameters to determine the significance of differences between means of treatments. Means for each parameter will be separated by the least significant difference (LSD) test.

The results of the experiment will show a significant difference in leaves number amongst treatment during growth of tomatoes. The highest number of leaves will be recorded for mixed manure throughout the growth period. After that, pig manure will give more number of leaves compare to the other manures which would show fewer leaves.

Measuring stem diameter would indicate that the highest plant stem diameter will be observe when pig and mixed manure is apply. However other treatments would show no significant difference in the growth stage compare to each other.

Pig manure will show the highest number of fruits among other treatments however mixed manure would show larger fruit compare to the Pig manure in green house. Also there will not be any remarkable difference in fruits weight in other treatments.

These results present that pig manure and mixed manure would provide the highest fruit weight, number of leaves, and plant stem diameter and height compar to other treatments however mixed manure might effect more than pig manure on tomato growth. Therefor this would indicate that mixed manure might be more effective compared to the other treatments on tomato plants. Although some researcher reported that pig manure can be more effective than mixed manure, Ojeniyi et al 2005 informed that in cereal crops such as corn, pig manure can improve soil nutrients and may increase grain yield compare to other manures. Also they relised that using pig manures more efficacy compare to the goat manure for improving and increasing the yield of okra .however Giwa and Ojeniyi 2004 pointed out that combining mixed manure such as pig or poultry manure with NPK fertiliser may improve the yield of tomatoes more than applying pig or poultry manure on plants individually. The same result supported by Adekiya and Agbede 2009 in their research “Growth and yield of tomato (Lycopersicon esculentum Mill) as influenced by poultry manure and NPK fertilizer”

This conclusion is still uncertain and requires further in-depth studies specifically. May be better to consider other factors such as, disease, pest, soil nutrient, amount of the received light and various tomato Species. Also the amount of used fertiliser and number of replicate may effect the acquired result.

Adekiya, A. and Agbede, T. 2009. Growth and yield of tomato (lycopersicon esculentum mill) as influenced by poultry manure and NPK fertilizer. Emirates Journal of Food and Agriculture, 21 (1), pp. 10-20.

Horn, A. L., Düring, R. and Gäth, S. 2003. Comparison of decision support systems for an optimised application of compost and sewage sludge on agricultural land based on heavy metal accumulation in soil. Science of the Total Environment, 311 (1), pp. 35-48.